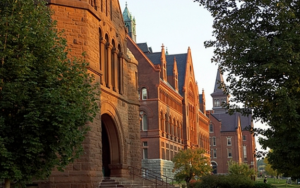 Medical marijuana in Maryland, and all around the country, is a growing scientific field, and some major institutions are taking notice. One of these is the University of Vermont. With thousands of verified studies confirming the safety and effectiveness of medical marijuana, it was only a matter of time before a university decided to train its students in its science. Botany, plant science, and natural medicine have long been the subject of university-level study and review, and the benefits of doing so are immense. When medical and graduate level science students have more resources to study medical marijuana, the product will naturally become better. It’s also a great way to inspire innovation, and acceptance throughout the traditional medical world as well.

The domino effect of medical marijuana legalization and the educational institutions

In order to be considered relevant in education, schools must constantly adapt to fit the times we live in. This couldn’t be truer than in the case of medical marijuana. With more and more states picking up momentum by rolling out new medical marijuana programs, universities must start following suit. With potentially millions of medical marijuana patients nationwide, people going into practicing medicine or science need to be there to fill the demand; and that requires education at the highest level.

According to a recent article done on the University of Vermont’s efforts, the Associated Press said this:

As more states allow for the use of medical marijuana, the University of Vermont is offering a course in the science of the drug — and the professors say they are challenged by a lack of research on what has long been a taboo topic.

Other institutions have offered classes in marijuana law and policy, but the university’s medical school is likely the country’s first to offer a full course on medical cannabis, according to the Association of American Medical Colleges. Other medical schools have touched on the topic.

“What we’re trying to do with this course is to sort of demystify this whole subject matter, to try to treat this like any other drug, like alcohol or amphetamines or opioids,” said Vermont pharmacology professor Wolfgang Dostmann. “Just demystify the whole thing and say what it is, what is going on with it, how does it work.” 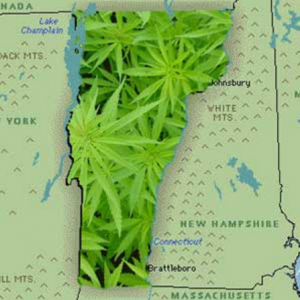 As of now, University of Vermont is one of the only nationally recognized universities to offer a medical marijuana class. However, if enrollment is any sign of the future, that will change quickly. Students are now growing up in a medical marijuana friendly world, and that means many of the smartest young minds will look for careers in the medical marijuana care industry. This is great news not only for the state of higher education, but for modern medical practice as well.