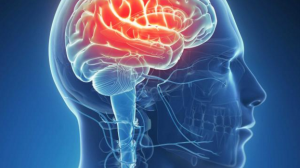 Medical marijuana is a well-known remedy for many types of diseases and pain suffering. And according to recent data, medical marijuana may actually contribute to a significant reduction of seizures amongst children who suffer from epilepsy. Severe epilepsy is a debilitating disease that can make life virtually unbearable for children. Seizures are unpredictable, painful, and potentially dangerous; and controlling them can be a big challenge for parents of kids who suffer from them.

Thanks to a new form of cannabinoid, seizures could be reduced by 50% amongst children

While the struggle for a cure continues with epilepsy, a new form a cannabinoid may lead to a drastic reduction in childhood sufferers. In fact, new data puts reduction as high as 50%, which is huge news for both children and parents. Three recent studies presented to the American Epilepsy Society confirm that Epidiolex, a pharmaceutical-grade liquid cannabinoid, may be the solution Americans have been waiting for when it comes to epilepsy. Epidolex is now in the process of review by the US Food and Drug Administration, and could be a huge product in medical marijuana states in the near future; including here in Maryland.

How the data, and the scientific studies, back up Epidolex as a real solution for epilepsy 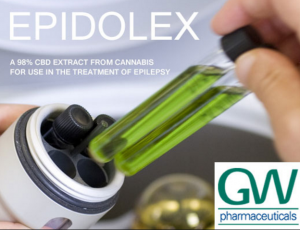 Epidiolex didn’t come out of a vacuum. In fact, preparations for a natural pharmaceutical solution to epileptic seizures have been under serious review for quite some time now. This is especially the case with medical marijuana. According to a recent interview with the Daily Mail, the lead doctor on the drug’s most comprensive study believes the data is undeniably in favor of positive results:

“These data reinforce and support the safety and efficacy we have shared in previous studies. Most important it’s providing hope to the children and their families who have been living with debilitating seizures,” said Dr Orrin Devinsky of New York University’s Langone Medical Center.

The positive outlook for the most effected group of epilepsy sufferers: Children

According to the Daily Mail: The largest study included 261 participants – predominantly children – with an average age of 11. The participants were given Epidiolex in gradually increasing doses over the course of 12 weeks – in addition to their regular anti-epileptic drug regimen. Following three months of treatment, the frequency of seizures in all participants was reduced by a median of 45 per cent. Additionally, almost half – 47 per cent – of the study participants experienced a 50 per cent or greater reduction in seizures.