410-762-8745
Menu
Home Uncategorized The Economics of Medical Marijuana: How legalization is leading to the next US boom market

The Economics of Medical Marijuana: How legalization is leading to the next US boom market 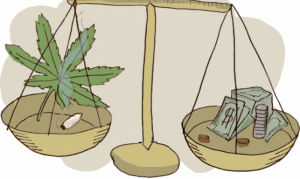 The main goal of medical marijuana legalization, in Maryland or anywhere else, is to provide safe, healthy solutions for pain sufferers. However, there’s a silver lining to this new market of care providers and patients. The economic impact of the medical marijuana industry is huge. And on a state-to-state level, it can be a huge help to both local economies, and local job markets. One of the biggest reasons why medical marijuana is a positive economic contributor is the size of its market. Millions of Americans suffer from chronic pain and illness, and for years have relied heavily on synthetic pharmaceuticals. Now, with medical marijuana, they have a much safer option, and one that can address their conditions more effectively. That, in a nutshell, is great for business.

According to economic analyst Dan Schneider, the key to medical marijuana’s economic impact is nationwide legalization. Schneider contends “Because marijuana is currently grown, distributed, and sold almost entirely on the black market and is used largely out of the public eye, assessing the value of the national market for marijuana (including imports and non-recreational uses, such as hemp fiber) is tricky. The trade journal Medical Marijuana Business Daily currently estimates that a fully legalized cannabis market could be as large as $46 billion per year, while more conservative observers peg it at anywhere between $10 billion and $40 billion.”

The future of medical marijuana in Maryland 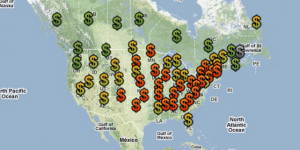 As Maryland becomes one of the latest states to unroll its full medical marijuana program, many residents are positive of what the long-term outcome will be. This is because in states like California, Colorado, and Oregon, the economic numbers have been both sustained, and very positive. Maryland has a need for tax revenue that medical marijuana is ready to provide, and could add millions each year to help aid the state’s vital, and underfunded services. Maryland will also see a significant uptick in new jobs, and job expansion.

Growing, cultivating, and prescribing medical marijuana requires a lot of human effort, which means a lot of jobs. And Maryland’s residents are a great need of this type of jobs booster. County-by-county, Maryland’s local governments are addressing this in their own way, and the overwhelming response has been very positive. Welcoming new medical marijuana businesses into Maryland’s communities will both strengthen local economies, and promote new investment. But most importantly, it will provide a health service that is vital to Maryland’s citizens that need it the most.