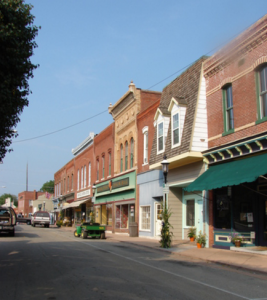 Support for medical marijuana in Maryland has been wide spread. According to polls, the majority of Maryland residents support legalized medical marijuana; something that has become much more present all over America in the past 10 years. But one town in particular, in Maryland, is publicly supporting legal medical marijuana, and welcoming it as a great service, and great business opportunity for their community. That town is Snow Hill. Snow Hill is a small town in Worcester County, and recently, the mayor has stepped out publicly to support a partnership with several potential new businesses.

Snow Hill already an attractive market to one successful business owner, who plans on leading the medical marijuana charge

It’s no coincidence that this small, southeastern Maryland town is so excited for medical marijuana. Despite their size, there has already been significant interest in setting up new marijuana businesses there. One company, in particular is already there. That company is called Positive Energy, LLC, and it’s applied for all three types of licenses that are available via the Maryland Medical Cannabis Commission. The owner, Matt Odachowski, already owns a business in town, and this is his way of expanding into new territory, and helping to bring jobs to Snow Hill. His current business, Royal Plus, is a successful large-scale industrial cleaning and recovery service, and is already a major job/economic contributor to the town.

The Mayor of Snow Hill, Charlie Dorman has publically endorsed both Positive Energy, and Maryland’s favorable medical marijuana laws. He is also standing behind Positive Energy and Odachowski. Snow Hill, a town with just over 2,000 residents has a relatively small economy, and local jobs are always a huge economic booster for its residents. In fact Odachowski claims, amongst other things, that up to 50 new jobs will be created if his company receives all or some of its applied for licenses.

Now the town is starting to embrace the idea too, and hopes are high for new life to come to town, in medical marijuana. And this couldn’t make Dorman, or Odachowski happier. “I am trying my best to bring additional jobs and businesses to the area.” Odachowski said. “We are hopeful that we will be approved for all three licenses to bring these new opportunities to Snow Hill.”