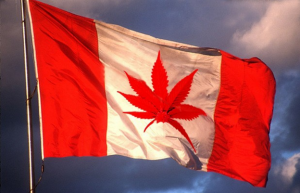 Canada has a new government, and with it, some big changes. One of these big changes, according to initiatives proposed by Canada’s new Liberal government, is to fully legalize marijuana on a national scale. This would mean that growing, distributing, processing, and consuming marijuana would be legal, and regulated by the federal government. This would clearly also include medical marijuana consumption, which has already had huge impact in pain care in Canada for well over a decade.

What is being proposed, and why it’s important for Canada’s future

When Liberal Party candidate Justin Trudeau won Canada’s general election this fall, one of the first questions he was asked had to do with legalizing marijuana. His answer was both simple and direct: “We’re going to get started on that right away.” And as it appears now, Justin Trudeau is a man of his word. Legislation has already been proposes amongst the majority Liberal Party, and they are planning on moving it through Canada’s parliament sooner than later.

According to a report from USNews.com, Canada’s Senators are already publically backing proposed legislation 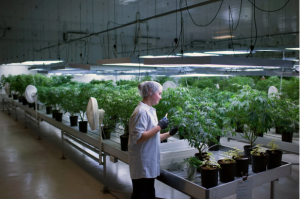 “Oh, it’s going to happen,” Canadian Sen. Larry Campbell of the Liberal Party, a former mayor of Vancouver, tells U.S. News. “Certainly within the next four years, but I suspect a closer time frame is two [years].”

Unlike the highly political U.S. Senate, Canadian senators are appointed on the advice of prime ministers to serve until they reach age 75 and are expected to provide a detached review of legislation. “Given a majority in Parliament, the Liberal Party should have no trouble decriminalizing or even legalizing the possession of marijuana,” University of Toronto political science professor Peter Loewen says.

Loewen expects greater debate on how to regulate sales, perhaps slowing the process. “I don’t think it will be a first priority, but I imagine they will make some initial moves around consultation and study,” he says.

How Canada’s pro-marijuana legislation will affect the United States

It’s hard to tell exactly what affect the ramifications of national, legal marijuana will have on states like Maryland, and the US as a whole. But one thing we know is that it will set a reasonable model for the US to explore for their own purposes. Canada’s progressive government is looking to both reduce criminal incarceration, and improve health options for their citizens. For them, they are looking at significant tax revenue, as well as saving money through prison expenditures. It’s basically a win/win financially for the government, and a huge social shift for their citizens. At least we know that if, and when Canada does legalize marijuana, it will lift a huge burden on medical marijuana consumers. And that’s good for everyone.