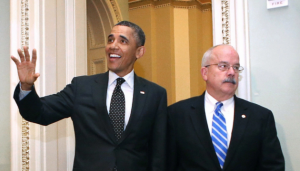 Medical marijuana is coming to Maryland, and with it, lots of new jobs. And as businesses from all over the state, and country, vie for a piece of Maryland’s future medical marijuana market, some of these jobs are coming from the most unlikely of places. One of the biggest jobs that will need to be filled will be safety and security. These are two words that are paramount to the medical marijuana distribution industry, which manages millions of dollars worth of medicine each day. Of course, when it comes to security, you need leadership that has experience in protecting people and businesses on the highest level. In the case of Maryland’s medical marijuana industry, this may come from former state and local police officers.

One of these officers that are making headlines is Terrance Gainer. Gainer was once the Chief of Capitol Police in Washington, DC, and most recently served as the head of the Illinois State Police. That is, before becoming one of the most well recognized security figures in the medical marijuana business. Gainer currently works for a Chicago-based company called Green Thumb industries. A company that has its hopes, and a significant investment, set on Hagerstown, Maryland. According to a recent article by the Washington Post, Mr. Gainer is proud to head up a security initiative in the medical marijuana industry; a business model that he stands behind despite his past:

What’s in store for Hagerstown, Maryland? 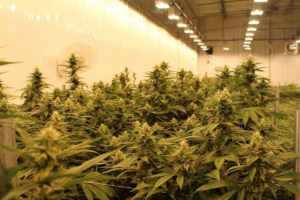 As we’ve mentioned before, Maryland was flooded on its Nov. 6th applicant deadline, reaching over 1,000 applications filed with the state. One of these applicants was Green Thumb. Green Thumb is proposing a 75,000-square-foot facility that would grow, cultivate, and distribute medical marijuana to thousands of patients in Maryland, based out of Hagerstown. And although nothing is guaranteed yet, Green Thumb is investing heavily in the right staff and infrastructure to make it a success.

Green Thumb is setting the bar high with Terrance Gainer

As far as setting up a powerful business model, the first big decision Green Thumb made has been to bring in Terrance Gainer. Gainer currently resides in Annapolis and manages his own private security firm, but he’s optimistic that the Green Thumb initiative will work. He has 47 years of experience in local law enforcement, and could be a great leader for the entire medical marijuana industry to follow. Hiring Gainer also shows that even the least likely advocates for medical marijuana can get behind Maryland’s program. And that’s good for business.