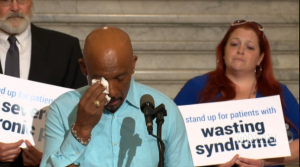 His message to Pennsylvania: pass the current legislation through the house to help ease millions of pain sufferers in the state. Last week, after months of helping campaign for the medical marijuana legislation, Williams wrote a powerful op-ed on PennLive, airing his case to Pennsylvania voters. He wants to use his positive, and powerful experiences with medical marijuana as an example.

How Montel Williams is using his influence, and personal story to promote medical marijuana 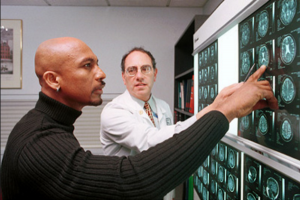 Montel Williams is known for being outspoken and passionate when it comes to his disease. Williams, who hosted one of the biggest daytime TV shows in history, was diagnosed with multiple sclerosis in 1999; a diagnosis he thought would be a death sentence. He fought that potential death sentence by looking for effective treatment from some of the best doctors available in the MS treatment field. What they told him, resoundingly, was to seek treatment through medical marijuana, and he did. He wrote:

To this day, it’s the only therapy that works for me, and science has now proven why. My story pales in comparison to those of many I’ve met across the country. These silent sufferers don’t have a platform to share their struggles, and often, lack access or can’t afford the necessary care.

Taking Pennsylvania’s medical marijuana bill from the Senate, to the House, and into law

Following Williams’ campaign for medical marijuana, it’s important to understand the legislation has already passed through the Pennsylvania State Senate with a tally of 40-7. What they’re waiting for now is a vote by the full chamber, meaning that the House must vote in conjunction with the Senate majority to put the medical marijuana legislation into law. They expect this vote to take place within the next week or two. And while polls indicate the vote will go in favor of the current legislation, Williams wants to make sure that the vote happens, and happens without political maneuvering or posturing.

Williams wants the drug stigma to go away

In regards to the naysayers who believe that marijuana is a gateway drug, or that medical marijuana will lead to more illicit drug abuse and crime, Montel Williams has a clear message:

“Marijuana is a complex plant and its medical benefits cannot be fully realized with just one of its constituent elements. Efforts like this get mired in politics all too often. They get stifled by fear mongers, who have ulterior motives, sometimes acting on behalf of donors with a big financial stake in the result. I often hear the argument, “medical marijuana leads more kids using drugs.”

That has been thoroughly refuted by multiple independent studies, which have found that teen medical marijuana usage has remained flat or decreased in states that have legalized medical marijuana. Others argue that medical marijuana leads to an increase in crime, but they offer absolutely no evidence.  These opposing arguments simply aren’t true, and in my eyes, those using fear as a weapon to accomplish their political goals should be ashamed.”

To learn more about medical marijuana in Maryland, and how you can get your card, contact ustoday via our website.