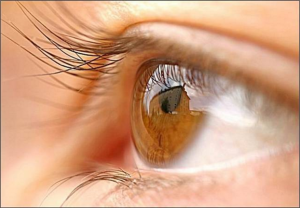 A new study by “Nature: Scientific Reports” has made an interesting discovery this week: that marijuana can enhance vision during developmental years, and possibly throughout post-development as well. Marijuana has had numerous scientific studies that prove that it both improves overall health and can be one of the best solutions for pain management. But this is the first study to claim that it can improve your vision. In fact, the study claims that in their test cases, vision was improved by an average of up to 50%. This is big news for the medical marijuana community; and it came about in the most unlikely of ways.

How an unlikely study lead to an unbelievable discovery

The study behind the incredible marijuana vision results was actually not intended to prove such an hypothesis. In fact, the initial study was geared towards studying the effects of illegal substances consumed by pregnant mothers. What they found, after testing these “drugs”, was that one substance had an unusual side effect. That substance was marijuana, and that side effect was significantly enhanced vision. The most impressive part? These results were tested on four-year-olds based on consumption by the mother.

Why a childhood study may lead to adult discoveries

But before you jump to conclusions about pregnant mothers and marijuana, there are a few things to consider. The mothers were tested to see how each substance affected them in pregnancy, and marijuana not only didn’t have a negative effect; it was actually show to reverse the negative effects of other substances. And this, for both medical marijuana advocates healthcare providers, is big news.

From the New Zealand study

While these results are still fresh, researchers are now trying to expand on the recent study from New Zealand. The idea is, if marijuana can reverse damage from harmful substances in the early stages of childhood development, there is a larger potential for healing and potential disease prevention. According to the New Zealand press (3 News):

It was found that when mothers drank alcohol alone their children’s motion perception was impaired, but when they consumed both marijuana and alcohol there was no effect – “suggesting that the benefits from marijuana cancelled out the harm from alcohol”. “This perhaps has implications for preventing some of the effects of Foetal Alcohol Syndrome.”