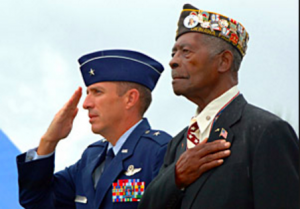 Veterans Day has come and gone this week, and like in years past, this brings up lots of veterans issues to the forefront of American political discussions. This week, one of the big discussions was on how to bring effective pain treatment to vets without a high cost to them, or difficulty of access. On Tuesday, the United States Senate made a huge leap forward by passing a bill that would allow veterans easier access to medical marijuana through the VA. This is both big news for veterans, and medical marijuana advocates who see this as just one of many solutions to the state of veterans’ medical affairs in the United States.

What does the bill mean, and how will it affect veterans? 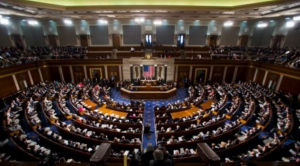 The bill that was passed this Tuesday is known as the FY2016 Military Construction and Veterans Affairs (MilCon-VA) Appropriations Bill. It is a larger bill targeted at upgrades fro veterans, but also includes some key language about their access to medical marijuana. This language on medical marijuana was added as an amendment last May known as the Veterans Equal Access Amendment, and thanks to the bill’s passing, should have no problem going into action in states where medical marijuana is legal. And the bill has some pretty heavy support amongst veteran activists and active members of the US government.

“Veterans in medical marijuana states should be treated the same as any other resident, and should be able to discuss marijuana with their doctor,” said Michael Collins, deputy director of national affairs for the Drug Policy Alliance. “It makes no sense that a veteran can’t use medical marijuana if it helps them and it is legal in their state.”

What will change for veterans who want access to medical marijuana legally?

As it is now, being a veteran doesn’t improve or worsen the likelihood of you getting access to medical marijuana. However, getting treatment recommended through the VA, and getting the government to cover the cost is (in almost all cases) prohibited. The Veterans Equal Access Amendment authorizes VA physicians and other health care providers to provide recommendations for medical marijuana use, much like a private physician can. Of course, unlike doctors in licensed medical marijuana physician centers VA doctors can’t prescribe medical marijuana; however they can tell their patients that they should use it, and are authorized to recommend to them where to get it.

It is rare to see both sides of the aisle work with each other in the US Senate, so when it comes to veterans, it’s a victory when bills gets bipartisan support. Two men primarily pushed this recent amendment: Republican Senator Steve Daines of Montana and Democratic Senator Jeff Merkley of Oregon. The bill won a vote of 18-12 and received support from both Democrats and Republicans alike. And veterans immediately voiced their opinions on the validity of the bill, which is seen by many as a big victory in pain relief access and rights for those who served our country.

“On this eve of Veterans/Armistice Day where we remember those who served in the military and the treaty agreement to reach peace concluding WWI, we see this victory as a step toward a peace treaty with the government we volunteered to defend with our lives and as a step toward restoring our first amendment rights and dignity as citizens of the United States, ” said TJ Thompson, a disabled Navy veteran