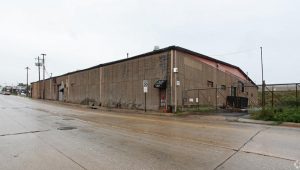 Baltimore City Council will hold a hearing today to discuss the upcoming launch of 11 dispensaries that are set to open within the city. There are some concerns over the safety, enforcement, and community impact that these dispensaries may have. Within the next couple of weeks to months dispensaries will have to pass final inspections before a December deadline in order to be fully licensed by the Maryland Medical Cannabis Commission. Once they are fully licensed they may begin to dispense medical marijuana to patients who have been certified by a registered medical marijuana doctor.

The meeting was called by City Councilwoman Mary Pat Clarke, whose constituents expressed concern over the upcoming dispensaries. She said that residents were concerned over some reports and academic studies which stated crime increased in surrounding neighborhoods where there are dispensaries.

The Baltimore City Council did set zoning rules on where the dispensaries could open, but classified them under them same zoning ordinances as pharmacies and they do not need to get special zoning approval from the City to open. Because the program is so new to Maryland there is a lot of misinformation and stigmas associated with medical marijuana that have to be addressed and clarified.

“Dispensaries will be serving patients in need, who have been approved by their physicians, much like a pharmacy. There’s no reason to stigmatize patients that need medical cannabis. They are not criminals,” stated Alan Staple, who is the owner of one of the proposed dispensaries in Wyman Park.

There has also been support of dispensaries from Mayor Catherine Pugh. She believes that patients should have access to medical marijuana as long as a doctor prescribes it. However, she also wants to protect the community and does not want the dispensaries placed in residential areas. She believes dispensaries should be placed in commercial areas and equally distributed throughout the city. The mayor believes that patients “are in desperate need of this treatment” and should not be denied access to this treatment.

The locations of these dispensaries will not be announced until they have been awarded their final license. Only one dispensary, Wellness Institute of Maryland of Frederick County, has been awarded a final license. There were over 102 dispensaries selected for pre-approval last December, which equates to 2 per senatorial district plus 8 growers who were also allowed to have a dispensary location as well. Within Baltimore there were 11 dispensaries pre-approved. These 11 dispensaries will have until a December dead-line to complete final inspections in order to open.

Here is a list of the pre-approved dispensaries who are attempting to achieve final licensure:

While there may be some concerns of safety, the Cannabis Commission has constructed very stringent security protocols and regulations that dispensaries must adhere to. Enacting such strict regulations will insure public safety and strengthen the efficacy of the program. Advocates and officials recognize that the benefits of this medical marijuana program and the 11 dispensaries located in Baltimore will far outweigh the risks.