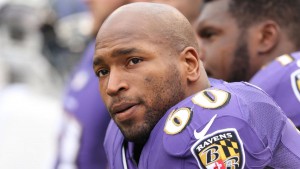 Eugene Monroe has been a long advocate of medical marijuana access for NFL players.

While the NFL still prohibits the use of any form of Marijuana, NFL Players look to change the perception and advocate for the use of medical marijuana. Many NFL players undergo harsh, sometimes debilitating, injuries playing the game of football. Common methods of treatment for these injuries include powerful, addictive medications such as opioids.

Players like Eugene Monroe who recently retired due to the detrimental strain on his body, wants to move away from these modes of medication and instead implement medical marijuana, which offers a safer alternative. “We now know that these drugs are not as safe as doctors thought, causing higher rates of addiction, causing death all around our country,” Monroe said in an interview on Friday, “and we have cannabis, which is far healthier, far less addictive and, quite frankly, can be better in managing pain.”

Commissioner Roger Goodell claims that there is not enough evidence yet to support the leagues stance on medical marijuana. The NFL will continue to entertain the idea, but no further actions have taken place to see this idea come to fruition.