Congress Keeps Feds at Bay Over War on Medical Marijuana 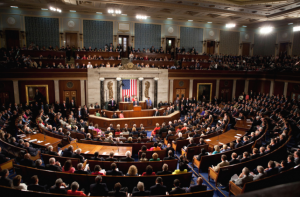 Whether you’re aware of it or not, there are parts of the federal government that have been fighting (and violating) states’ rights to legalized medical marijuana. A year ago, activists pushed the government, and more specifically the congress, to put a halt to unconstitutional raids and arrests by the FBI and other organizations. This week, a big victory for medical marijuana was won as congress ruled to uphold the so-called “cease-fire” between the federal agencies and state medical marijuana practitioners.

Keeping the Department of Justice, and the FBI, from violating states’ rights to legal medical marijuana

The initial roadblock, which stopped federal agencies from making medical marijuana arrests, was an amendment called Rohrabacher-Farr. The amendment was added to a must-pass spending bill that was cleared this week. According to the bill, and included in its renewal, DOJ employees cannot investigate, arrest, or prosecute anyone complying with medical marijuana, CBD, or hemp laws in more than 35 states. This means that if a state allows medical marijuana legally, any enforcement of laws must run along the state’s guidelines, and federal laws cannot override them.

What this means to Maryland, and the medical marijuana community as a whole 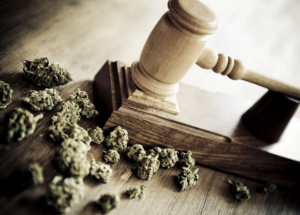 This is HUGE for the medical marijuana community, who has been battling this type of law enforcement for nearly 20 years. And it’s just in time for the medical marijuana rollout in Maryland. Upholding the laws set by the state are critical to keeping the system rolling. It also helps in keeping businesses from losing money, and patients from being either arrested, or kept from their medicine. According to a recent interview in the East Bay Press, one advocate spoke on just this:

“The renewal of the Rohrabacher-Farr Amendment suggests most members of Congress are ready to end the federal government’s war on medical marijuana,” stated Robert Capecchi, director of federal policies for the Marijuana Policy Project. “There’s a growing sentiment that the Justice Department should not be using taxpayer dollars to arrest and prosecute people who are following their states’ medical marijuana laws.”

Long Before Legalization, Medical Marijuana Has Been Used to Treat Pain and Illness →
← Marijuana Cultivator and Processor Licenses to be Issued in Coming Weeks