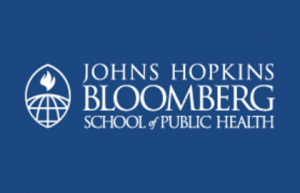 The short-term benefits for medical marijuana legalization are many, but few are as impactful as saving lives. But according to a 2014 study released by Johns Hopkins Bloomberg School of Public Health in Baltimore, states with legal medical marijuana have seen painkiller deaths from overdose drop by up to 25%. This is a huge victory in the fight against drug addiction, and healthy, legal pain care alternatives. With prescription pill and opiate addiction (and deaths) on the rise in the United States, many communities are scrambling to address the issue head on. And from what it looks like in this recent study, there is a clear answer as to one way to help.

What the numbers say about pharmaceutical opiates

Finding pain relief is important to people who suffer from all walks of life, in all economic and social sectors in the US. The problem is, many of the pain relief solutions offered by the pharmaceutical companies are actually very dangerous, and very easily abused. In the US alone, deaths from opioid pharmaceutical drugs have tripled since 1991, and it’s estimated that 46 Americans will die of an overdose each day. This stat all but disappears in states that have legalized medical marijuana; and that’s something that other states must take note of. 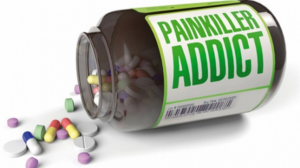 The study monitored 13 states with legal medical marijuana available, between 1999 and 2010 to look at pain relief options and patients. What they found: nearly a quarter less deaths from painkillers, and patients that recovered quicker, and stayed healthier. They saw some of these trends change within as little as a year after the legal medical marijuana implementation. According to statements made in a Newsweek article covering the results, the study’s co-author, Colleen Barry from Johns Hopkins Bloomberg School of Public Health, commented the following:

It certainly can be said that marijuana is much less toxic than opiates like Percocet or morphine, and that it is “basically impossible” to die from an overdose of weed, Barry said. Based on those agreed-upon facts, it would seem that an increased use in marijuana instead of opiates for chronic pain is the most obvious explanation of the reduction in overdose deaths.

Being proactive about addiction prevention, and overdose prevention

With a problem as serious as painkiller addiction it’s important for states to face some hard truths, and find solutions. While medical marijuana is not a cure-all, and certainly not an instant solution for addiction prevention, it is a huge deterrent. Medical marijuana is a safe and effective alternative, and in time, with more and more states implementing favorable medical marijuana laws, it is expected that opioid deaths will drop even further. And that’s a win/win for everyone.