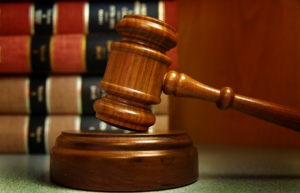 This week, Ohio voted against legalized recreational marijuana in their state, but still received very vocal and prominent support for the initiative. In fact, support was so high, that many are now preparing to use that momentum to push for more marijuana decriminalization; specifically, medical marijuana. And support for the medical initiative looks to be coming from the most unlikely of places: the opposition to the recreational bill. Here’s why.

After Tuesday’s ballot defeat on the recreational bill, many politicians are taking note of statewide support for the decriminalization of marijuana, and believe that now is the time to push for different types of legalization and regulation. According to the Columbus Dispatch, the Ohio house is serious about making this happen:

“Although Issue 3 was handily defeated, the debate and conversations about the issue have convinced House Speaker Cliff Rosenberger, R-Clarksville, and other state lawmakers who were staunchly opposed to legalization to now say it may be time to move ahead with medical marijuana.”

House leader Ryan Smith (R) furthered these claims, saying “After going through this process, myself and many of my colleagues realize there’s tremendous support for medical marijuana and something we should have a bigger discussion about.”

The key factor in Ohio’s vote this week is not that it was defeated, but that it opened up the door for larger medical marijuana legislation. And with recreational opponents seeing their state’s support for general decriminalisation, the next logical move would be to examine both the health and economic benefits of legal medical marijuana. This is important to Maryland because despite their location and size, the demographics for potential medical marijuana production and distribution are in fact quite similar. Both are states which desperately need additional tax revenue, and both have an infrastructure that could be very favorable for medical marijuana patients as well as businesses.

If a relatively conservative, former industrial state can take a positive look at medical marijuana, even from the eyes of its biggest potential opponents, this sets a positive precedent for other states to follow suit. In Maryland, the infrastructure is there, as well as the support. It’s just a matter of putting it into action.