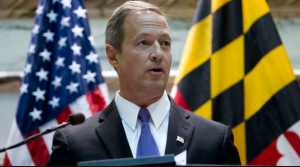 Nationwide marijuana legalization, including medical marijuana legalization is a huge political topic as we move into the final year before the 2016 presidential election. Needless to say, it’s a huge issue for voters both here in Maryland, and all over the US. Candidates know this, and as they move forward with their campaigns, many are speaking out about what thy think a marijuana-friendly nation would look like. Last week, Maryland’s former governor, and Democratic presidential candidate Martin O’Malley, voiced his opinion on nationwide marijuana legalization. His response? “I’m not there yet. I could get there.” But there’s a silver lining.

While O’Malley may be on the fence as far as nationwide recreational use of marijuana, he’s firm about changing the current laws and restrictions. During his term as Maryland governor, O’Malley’s support was crucial in the 2013 ruling that would allow patients to receive medical marijuana in Maryland. Now, he’s speaking up for reducing penalties for possession, and potentially, to make marijuana a federally regulated legal substance. According to him, there needs to be more studies done in order to fully get behind it, saying “I don’t think we’ve had enough time with Colorado and Washington State.”

Marijuana legislation is a critical, bi-partisan issue in 2016 race

Whether Republican or Democrat the issue of state and nationwide legalization of marijuana, both on a state and federal level, is a big one for voters. In fact, for the first time ever, national polls are showing more Americans in favor of some form of marijuana legalization than not. And these are numbers that can’t be ignored. This is especially true with the younger generations who are now voting, on both sides of the aisle, and represent the future trends of our country’s politics. According to a study released by Gallup just last week: 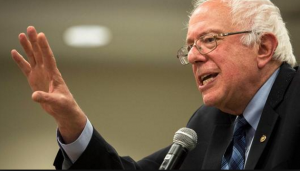 While O’Malley is the latest presidential hopeful to hint potential nationwide legalization, he’s certainly not the first, especially amongst Democrats. Both Hillary Clinton and Bernie Sanders also support decriminalization, medical marijuana legalization, and potential national laws to regulate marijuana across the board. And as we ramp up to the apex of the political race, this issue will only get more attention on the center stage. Only time will tell if legislation will be move forward; but as of today, it looks more likely than not.